Let There Be Lasers OUT NOW!

“Let There Be Lasers” Press Release.

Let There Be Lasers is the highly anticipated full length follow up to 2008’s How To Enlist In A Robot Uprising by Canadian electronic duo Memmaker. The album perpetuates the band’s trademark of sci-fi inspired high energy techno industrial beats. The album is situated within the overarching theme of lasers as a mean to pay hommage to their awesomeness. Expect more of the same nerdy wit that made the first album a scene classic, in addition to a flurry of not so carefully hidden laser samples on top.

For those of us still living in the 90s, a physical copy on Compact Disc is also being worked on for a later release, in collaboration with our good friends at braincorp.dk. More details will follow as they become available.

Mixed and Mastered by: Yann Faussurier

Memmaker would like to thank Chris Knight and no one else.

Be sure to check www.memmaker.bandcamp.com on March 18!

First taste of “Let There be Lasers”

Listen and watch the first song from the new album “Let There be Lasers” out later this year:

It is with great pleasure that we join the line-up for the 2014 edition of Baroeg Open Air in Rotterdam. 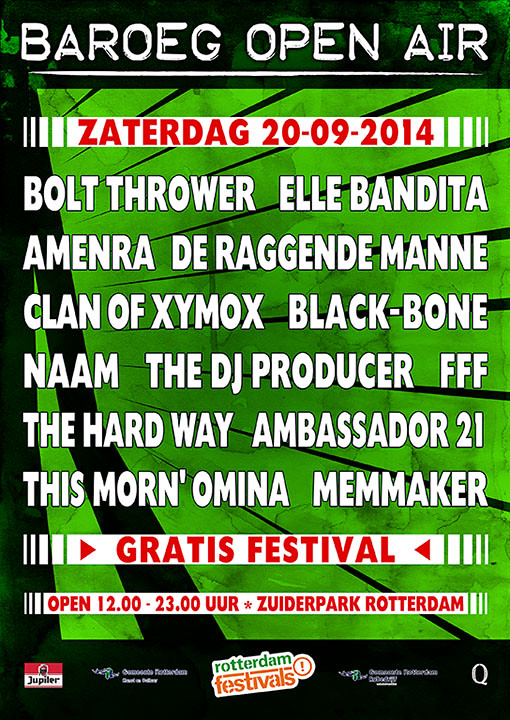 We are coming back to the UK and this time at Resistanz Festival in Sheffeild!

It is with great honour that Memmaker will play at the release party of the Cyberworld XX compilation in Copenhagen October 20th. The CYBERWORLD XX compilation is the 1st Industrial/EBM release on a Danish label in 17 years!

Listen to every song and every remixes in high quality and don’t forget to subscribe to get instant updates.

Listen and buy the new track directly from Bandcamp here: